A Guide to Queen Wasps

The role of bees and their queens is well documented, but did you know that wasps are also considered pollinators and eaters of other pests? This is a vital role that they play when they’re out in the wild, but wasps are often known more as a pest when they happen to make a nest in cavities of buildings or in gardens.

This month, at Pest Defence, to help you understand wasps a little more in detail, we’re giving you a guide to queen wasps. This will give you a better idea of when wasps are likely to be seen and the important role the queen wasp has.

What is a queen wasp?

A queen wasp is a fertile female that begins a nest. She is the leader and creates the foundation of the nest by herself. She will choose an appropriate spot to make her nest – sometimes in trees and sometimes in a building cavity – before chewing up wood to produce the paper-like substance that is used to build a nest.

A queen will then lay eggs in this early formation of the nest, which then go on to hatch into female workers to continue the work of building the rest of the nest. At this point the queen’s only job is to lay further eggs, creating male drones as well as the fertile females who will later go on to become queens themselves. 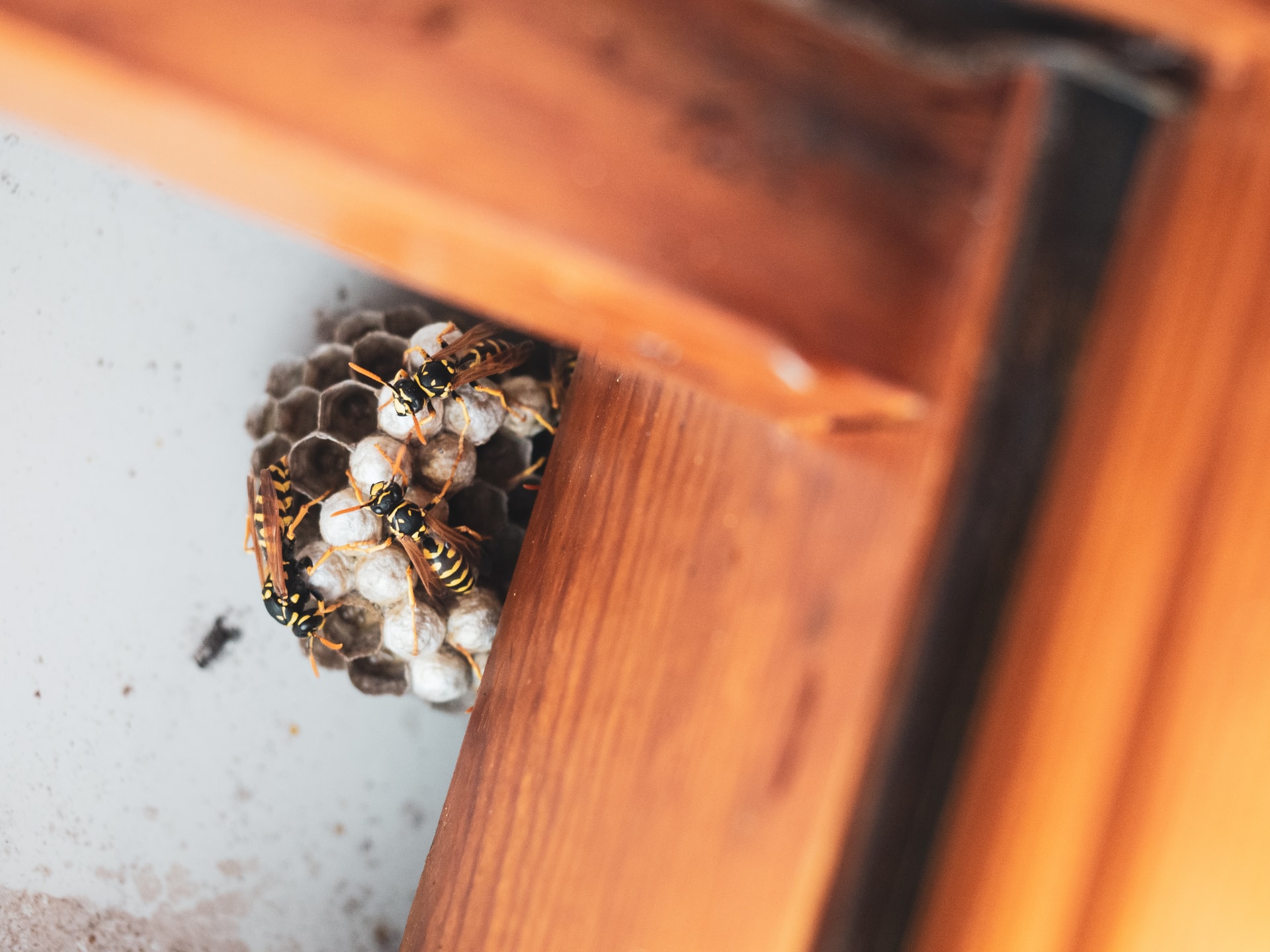 How to spot a queen wasp

First, you need to know what you’re looking for, and this can be the tricky part since a queen wasp is essentially just a larger-looking wasp. They still have the traditional black and yellow stripes, but they can be up to twice the size of a regular worker wasp – often reaching about 2.5cm in length. Since a queen wasp generally spends her time inside the wasp laying eggs once a nest is established, it may be hard to spot one. Read on to find out when queen wasps first appear and when they eventually disappear.

When do queen wasps first appear?

There is a cyclical nature to wasps and the appearance of queens. This is because the queens are the fertile females leaving at the end of summer to find a mate. So, while technically a queen wasp might appear in late summer, they technically enter hibernation before emerging in early springtime to start their own nest. This is the point at which they will be easier to identify, as they will be on their own and can be distinguished as a larger wasp.

When do queen wasps disappear?

Once a queen has settled into a nest, you’re unlikely to see her again. A queen will die out with the nest and other drones once the fertile females leave and the temperature begins to drop. The fertile females will also disappear soon after emerging since they will have mated and will be entering hibernation.

What to do if you discover a wasp nest

While it can initially be alarming to find a wasp nest, the first thing to note is that you shouldn’t attempt to move a wasp nest if you discover it. If the wasps are out of the way and doing no harm, the cycle of the nest may well come to its own natural end without the need for intervention – after all, they’re good for eating other pests that attack your plants!

However, if the wasps are in an area of your garden, home or business and are creating a nuisance – hassling customers or posing a risk to children – then look no further than the expert services of Pest Defence.

We provide wasp nest removal and the removal of wasps from homes and businesses across Essex – including Colchester, Chelsmford, Brentwood and the surrounding areas. Call our team today to enquire about any of our pest control services and we’ll be happy to provide a swift and reliable service.

Please see our Covid-19 update here, or find out more about our deep cleaning and remote advice services