How To Get Rid of Flying Ants

It’s always happened, but it seems like it’s only recently that the event has acquired its own name: Flying Ant Day! You pop outside and suddenly notice the world seems full of winged ants, whether they are actually flying, walking around on any available surface, or dead and dying on the ground.

You mention it to someone and they say they’ve noticed it that day as well, and so it has come to acquire this mystique where many people think there is literally one day when all the flying ants come out to play.

But the truth isn’t quite that simple – if anything, it tends to be a flying ant week or season rather than Flying Ant Day. But why does it happen and how can you get rid of them? 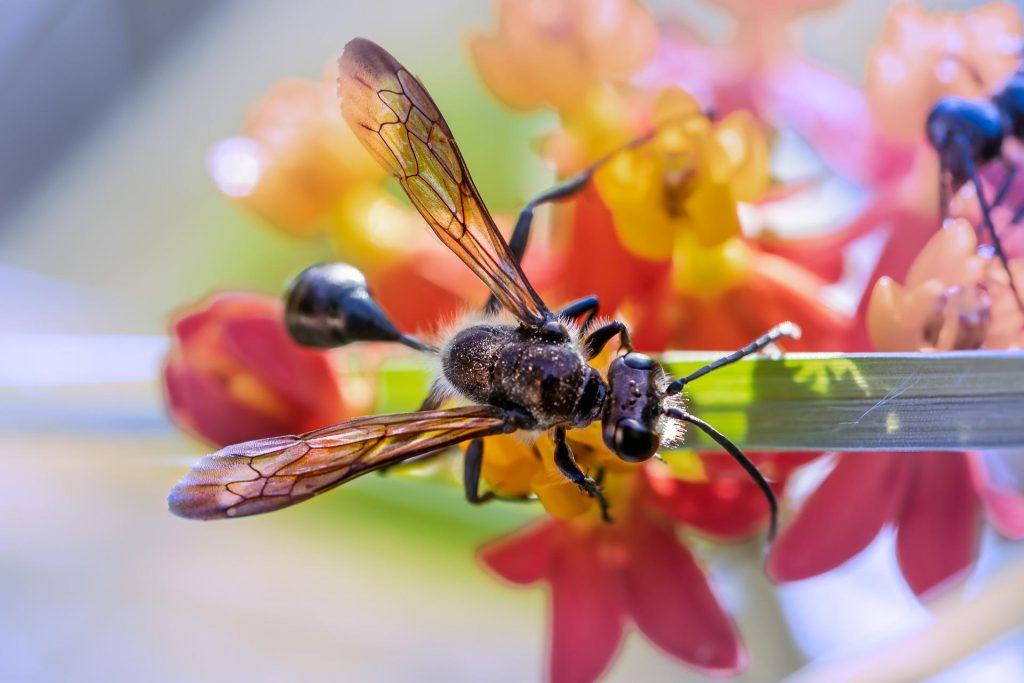 What are flying ants?

Ants fly when they reach sexual maturity, and the ones you see in your garden tend to be those of the variety known as the black garden ant, or Lasius niger, to give them their scientific name. Flying ants are also known as ‘alates’, a term used to describe the winged form of a social insect, particularly ants and termites.

They tend to come out during a spell of good weather in July, when it isn’t windy and where conditions are better than the day before. There is certainly no predetermined date. In 2021, the peak period for flying ants was between 11th and 17th July, while in 2018 it was between the 1st and the 7th. Flying ants have even been known to take to the air during Wimbledon tennis fortnight and invade the courts, making for a less than pleasant experience for the players.

As mentioned, the ants fly when they’re ready to mate, and the reason that you find so many ant bodies simultaneously is that the males die immediately afterwards. The queens, meanwhile, go on to found new nests.

How do you get rid of flying ants?

The good news is that flying season doesn’t last long and, as long as they stay outdoors, your biggest problem is likely to involve clearing up all the bodies afterwards, although your local birds may help you with that.

There is also an argument that if they’re staying outside and they’re not causing you any bother, you should just leave them to get on with it – ants do a lot of tunnelling that can improve the quality of your soil.

But ants can easily get inside, sometimes by building the colony in wall voids or under the foundations of a building, and at that point you’ll probably be wanting to do something to stop them. So how do you do that?

One thing you can do to prevent normal ants from getting in is to find their point of entry and block it up. But if they’re swarming and it’s a warm day (which it will be), you may not want to spend a few days sweltering inside with the doors and windows closed.

You’ll find a few suggestions of varying usefulness if you hunt online, with popular ones including using things like dishwashing soap to dehydrate them, sticky tape to catch them or artificial sweeteners to poison them. If you can get at the nest, it’s also suggested that you can suck them up with a vacuum cleaner. None of these will stop the problem from recurring, though, and even supposedly specialised sprays, powders and baits are likely to provide only short-term relief.

If you want a more permanent solution, you’re going to have to destroy the colony they’re coming from.

The best way to do that is to get in a professional pest controller who’ll be able to make sure that the colony is comprehensively dealt with. They’ll have the tools and the experience to get to the very root of the problem by carrying out a detailed survey and using the right kinds of insecticide for the job.

Here at Pest Defence, we only use insecticides that are both highly effective and approved by the Health & Safety Executive. With results likely in as little as two weeks, we’re the number one choice for all kinds of pest control in London and Essex, including in and around Colchester, Chelmsford and Brentwood.