How To Prevent and Get Rid Of Moles in Your Garden

Like all pests, moles are just as disruptive as the rest of them, but this month,we’re here to provide you with all of the information you’ll need in order to prevent and get rid of moles for good. 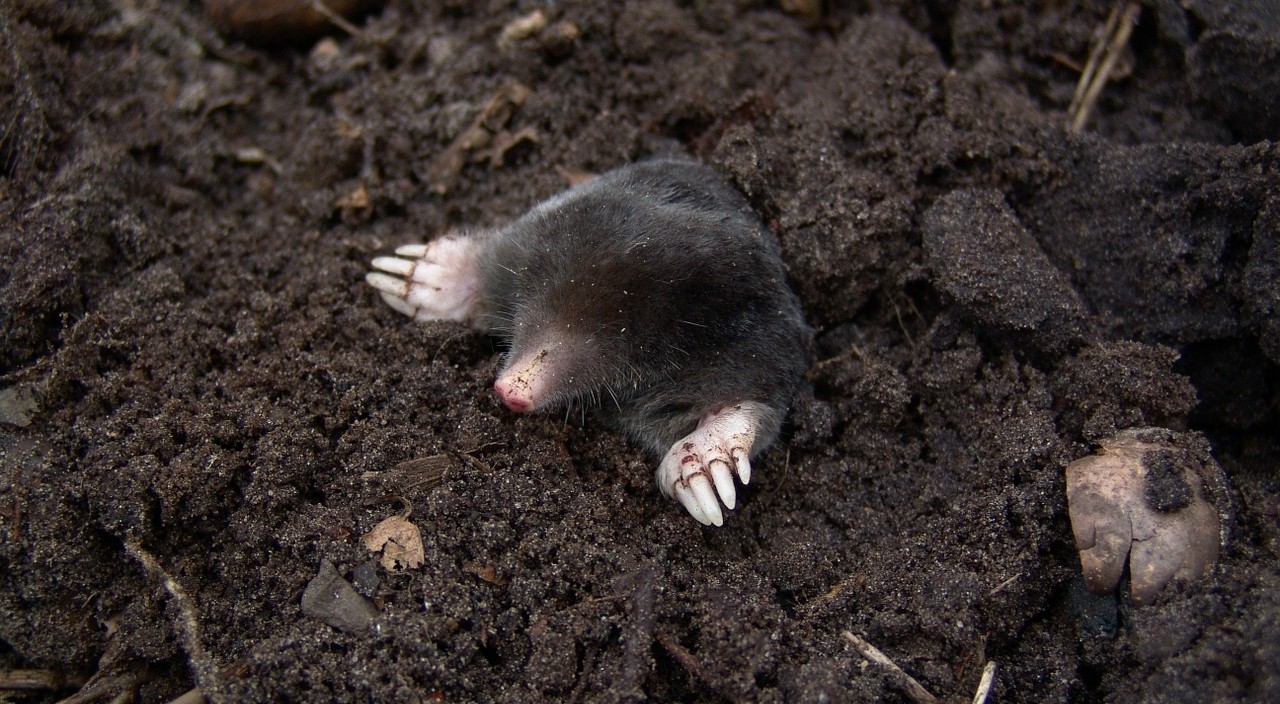 Moles are carnivorous creatures that live in the ground, feasting on worms, grubs and larvae. They must eat around half of their body weight a day to survive, if they find themselves limited for food, they will dig more surface holes to maximise their chances of trapping insects.

A mole’s body can measure up to 6 inches in length with a one-inch tail. They have short, cylindrical bodies, soft black-grey fur that hides their small eyes, broad shoulders, spade-like feet and a pink, hairless snout.

Why are moles a pest?

If moles happen to find themselves in your garden or golf course, this can be incredibly annoying and messy. They can dig up to 4 metres an hour, which means they can create a complex tunnelling system that leads to their den in no time at all. The problem with moles is that they like to reside in dry, dark environments underground but hunt where the soil is moist, full of worms and grubs, meaning that they disturb the surface, leaving mounds of soil dotted around a landscape. 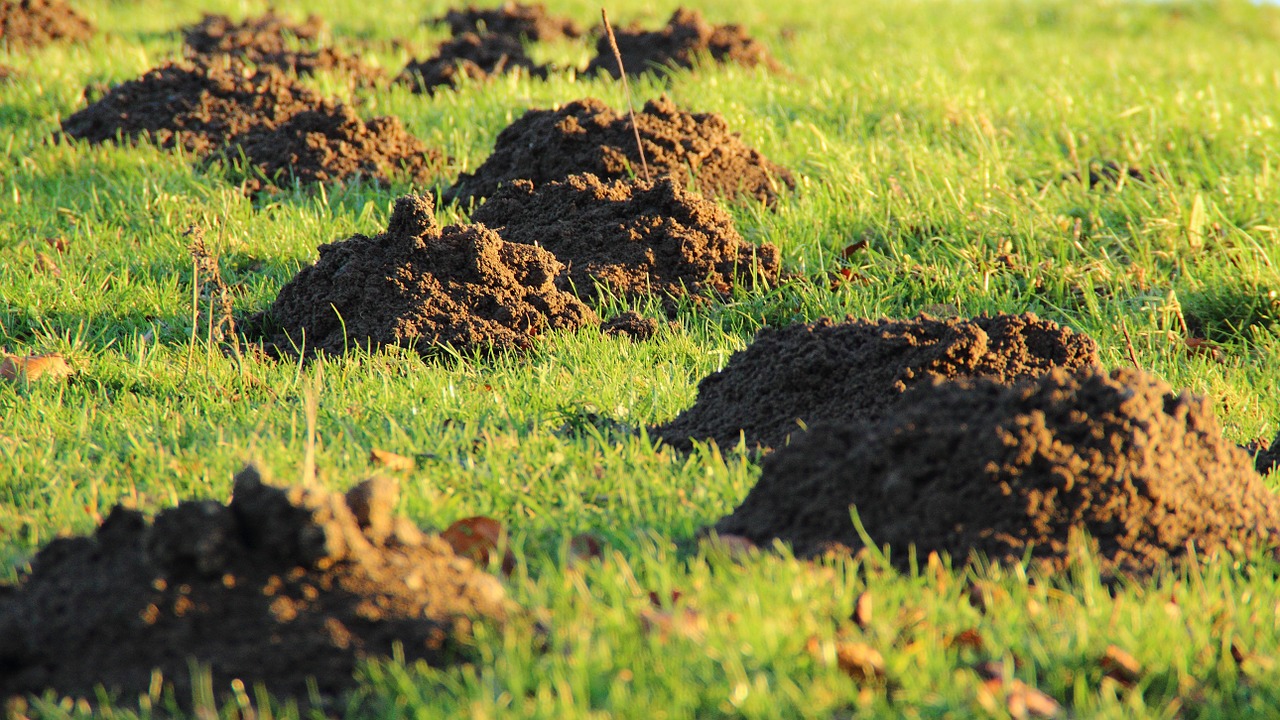 How to know if you have a mole infestation

Chances are, you won’t see a mole because they like to stay underground, but if you’ve got an infestation, you will certainly know about it.

Are moles bad for your yard/garden?

Moles do not cause much harm, other than making your landscape look messy, which to an avid gardener or landscaper, can be extremely testing. That said, moles do help to aerate the soil, which makes for a healthy and robust lawn.

Moles aren’t known to be nocturnal, they tend to take 4-hour shifts, alternating between work and sleep.

Where do moles come from?

Moles are commonly found in the UK but because they live underground, it is very rare for them to be seen.

Where do moles live?

Moles live underground, they love hilly and wooded areas and when they do come to the surface, they will collect dry leaves and grass to line their burrows. 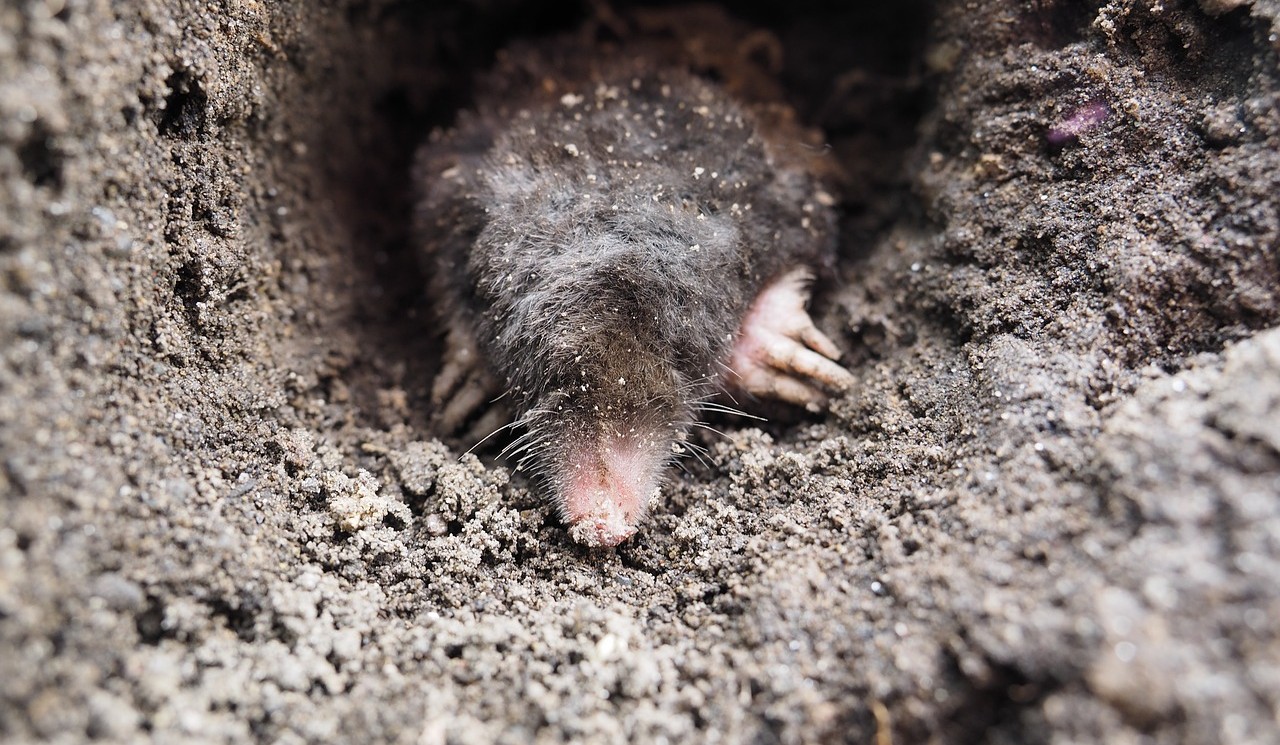 Why are moles in my garden?

If you find you have moles in your garden, chances are it’s teeming with delicious insects and worms for them to enjoy.

What are moles attracted to?

Moles are attracted to food supply; they will eat a variety of bugs including crickets and ants.

Will moles come into your house?

No. Moles like living in the undergrowth and enjoy the quiet, they will stop burrowing if they hear noise. Their favourite times of day are early morning and late-evening.

Will moles go away on their own?

A mole will only leave if there is no longer enough food for it to survive.

When attempting to prevent moles, our immediate reaction is to pat down their hills with the intention of closing their tunnels. However, moles are professional diggers, which means flattening these mounds of dirt will only waste your time because they will happily make more. 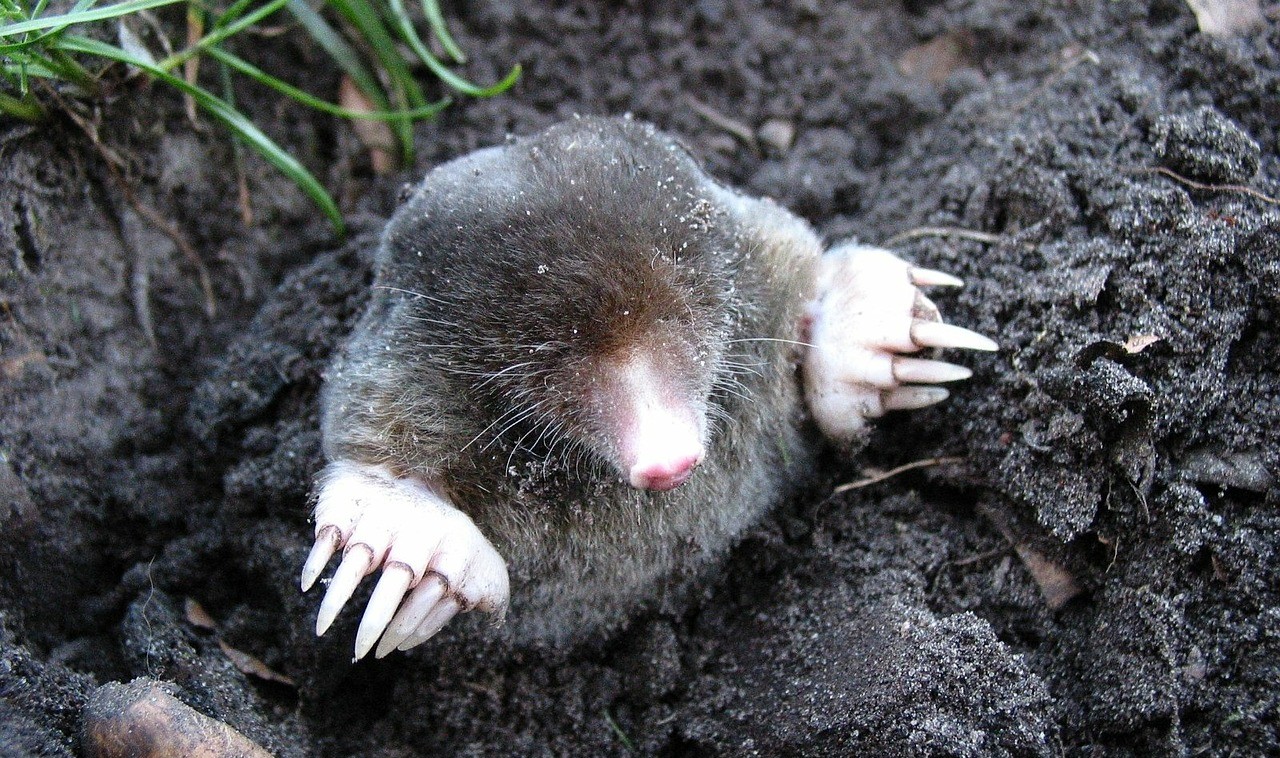 How do you trap moles?

When trapping moles, it’s important to find their tunnels. If you’re unsure whether or not it’s active – stamp over the hole and check it again the next day to see if it’s been dug out again. Use a trowel to dig out more dirt, so there’s room to place a trap and pat down the dirt to compact it before placing the trap down, so they can’t dig under it. Sprinkle soil over the trap and try to cover the hole back over. Cover over the hole with a large plant pot, to avoid children or pets having any accidents. Check your traps the next day and remove the dead mole.

How to prevent moles in my garden?

There are a few ways to prevent moles. These include: sprinkling tobacco or powdered red pepper, having pets and setting up children’s pinwheels – moles dislike the sound and vibrations that come from this turning in the wind. 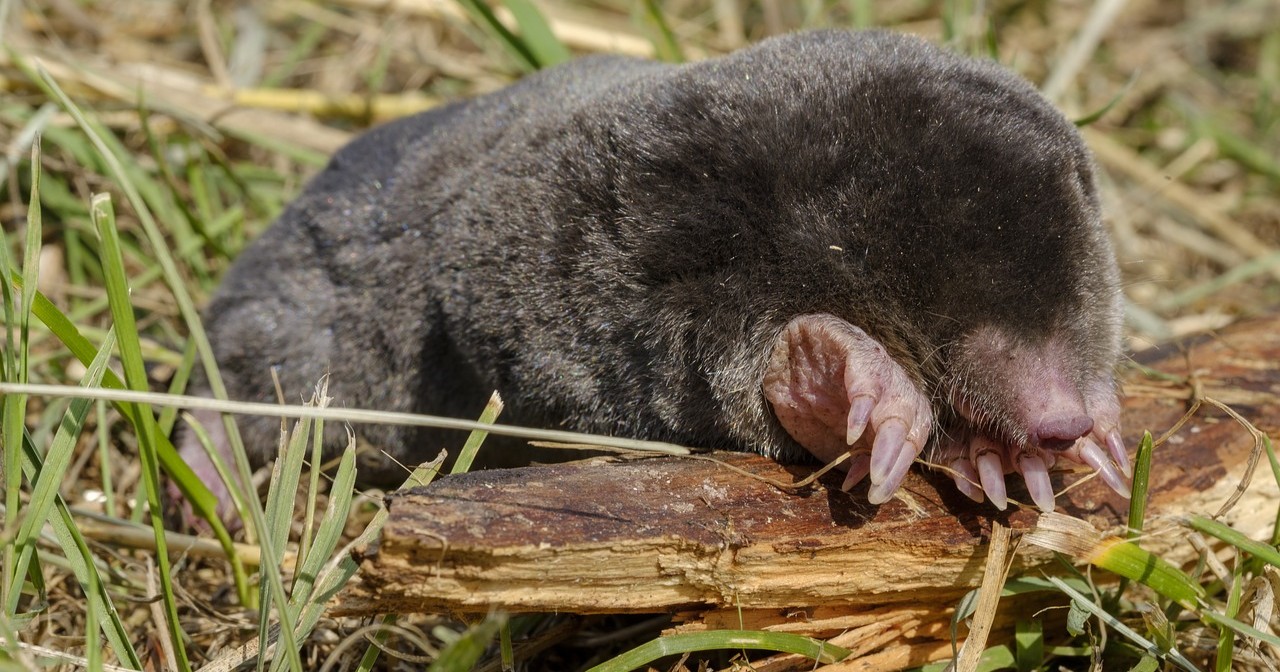 How do I kill moles?

You can kill moles with traps and as they do not live in communities, once you’ve captured one or two, it’s likely your messy garden will be messy no more. If you’re unsure about getting rid of moles, always contact the professionals who can do it discreetly and effectively, so there’s no need for you to get your hands dirty.

Where do moles sleep?

Moles will sleep in their burrows, deep underground, where they are warm and protected from pets and other larger predators.

How to get rid of moles without killing/harming them

Seek better drainage in your garden, this will help to reduce their food supply and thus, force them to relocate.

Can moles ruin your foundations?

A mole’s tunnels can displace dirt under the foundations of your home and this can cause them to crack or subside.

How deep do moles dig?

Moles can dig to 40 feet in depth.

Moles are not dangerous, merely disruptive to grassy areas.

Moles could nibble if threatened but it’s extremely unlikely. Moles use their teeth to eat insects and sift through soil, they are not on the lookout to bite humans or pets.

It’s much more likely you would get a disease from the fleas that might be living in the mole’s fur. Moles are shy creatures that generally travel alone and like the dark and because they like to keep to themselves. It’s never been recorded for a mole to transmit rabies. That said, if you are bitten, it’s important to wash the area and apply an antibiotic cream.

If you’re experiencing problems with moles, call out your local professionals from Pest Defence today. We have over 25 years of experience removing pests and are pleased to provide a first-rate service. Trust in us to take care of any situation when you call our team today. Give us a call and we’ll be right on our way.